This morning in the shower I wrote a blog post in my mind.  I’d say roughly half the time I sit down to write I have a roughed out thought process.  I have always had these little monologues in my brain.  And now if by the time I get to what seems like the end of my train of thought  it amuses me enough to write it down, I do.  If it was meaningful enough for me to not want to forget, I write it down.

The other half of the time I have no game plan and just ramble on until I feel empty.  I daresay you can tell one kind of post from the other.

And then there are the inner monologues that never see the light of day.  I wrote one of those this morning in the shower.  As I was getting out I told MQD that I had just had a blog post roll around in my head that by the time I got to the end I thought “whoa, you can’t go around saying shit like that.”

He doesn’t often encourage me to keep talking.  Especially first thing in the morning.  But he took the bait.  He asked.  And I told him.

The sensible half of this partnership, you may blame him….  Because he said “THAT is exactly the kind of thing you should write… with a picture of Ralphie  and his walking stick. All blind and shit…” and he began to act it out.

So without further ado… I give you a Public Service Announcement, brought to you by Ralphie. 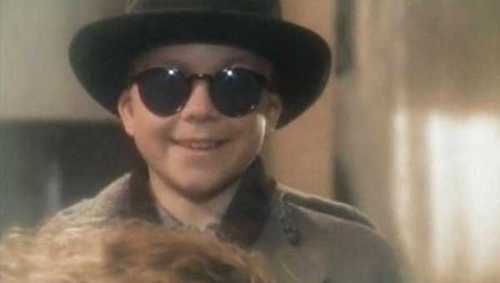 If you regularly get it on with a blind gal or if you are one and her/your bush is 80s style wild and unkempt… please,  don’t feel like that is the way things have to be.  Or that the only option is waxing by a professional.

I’m here to blow the lid off the whole “Oh, I am blind I can’t possibly be expected to  shave my bikini line and certainly not the deep downstairs, the undercarriage… (call it what you want, but I am gonna call it  a wild jungle of pubic hair) because I can’t even see down there….”  because that is some bulllllshit.

I haven’t been able to see what is going on downstairs for the last six weeks.  At least.  And I can guarandamntee it does not resemble its formers self (thanks so much excessive blood flow and hormones and all the other gross things that happen inside and out to your nether regions during pregnancy) but you know what?  Without the benefit of seeing I can still put one foot up on the side of the tub and keep things tidy.  You just gotta visualize, people.  And use a new razor.

So, if you’re a blind gal  and you think you can coast on through life thinking that it is outside the realm of possibility for you to have a nice and tidy undercarriage… you are just lazy.  And timid. Because I am here to tell you that it can be done.

I am ready for my close up.  Come out, come out wherever you are, Baby D.  Mama is camera ready.  This is as good as it gets.  A brand new Mach 3 blade was brought out just for you. Nothin’s holding you back but you, kid.

Editor’s Note:  It is official.  I have lost my damn mind.  39 weeks and five days pregnant.  And I am off my rocker.  But so is MQD, because Ralphie was his idea, and that really might be the creepiest thing about this PSA, the choice of spokesperson.

Just in case you’re playing along at home on some kind of weird board game like Life with the stages and phases of pregnancy and labor on it… Chiropractor to get hips aligned.  Check.  Acupuncture to get labor started.  Check.  40 week exam (and the first internal exam I have had since my initial  appointment at the birthing center, thank you very much, midwives) reveals me to be 3 cm dilated and 50% effaced.

And you thought it was oversharing when I posted a picture of my IUD.  Pfffttt.  Puhleazze. 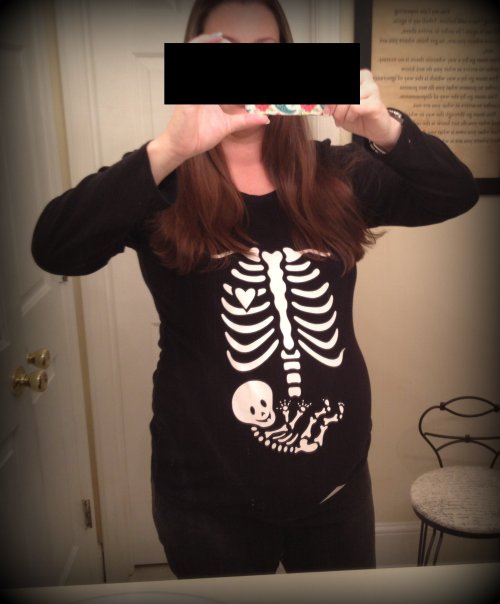 This is what you look like if you start reading "Truly Tasteless Joke Books" when you are 10 years old. You might have the good sense to hide your face. But you're still gonna say it. Whatever comes to mind...

13 responses to “The Overshare of Overshares”