So, I stepped on my scale after an 8 month hiatus.

Diet and exercise.  It’s not an uncommon pair of things to talk about.  Doctors, nutritionists, fitness enthusiasts, jacked up freaks on late night infomercials – lots of people like to remind you that you can’t lose weight or change your body without diet AND exercise.

As a cardio junkie I am prone to nod along during these conversations.  I believe in the power of a good sweat – so much so that I probably haven’t written about anything that wasn’t tangentially related to exercise in over a year. 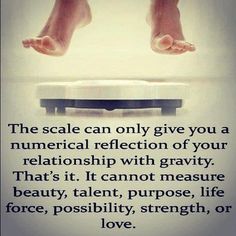 And here’s where it gets dicey.  It’s cool to talk about fitness and healthy eating habits but when you talk about the scale – it’s no bueno. Everyone wants to chime in and tell me that the scale is just a number, muscle weighs more than fat… I get that. I really do.  But the scale and I had a little situation last spring.  And I am still reeling in the after effects.

When I first started triathlon training in 2013 I had no idea what it meant to race as an Athena.  (Click the link for a great post from SwimBikeMom about the Athena class.) The sport of triathlon lets athletes choose to race against their age group or their weight class.  To qualify as an Athena a woman must weigh 165+.  My entire adult like I have hovered around 175.  I was firmly in the Athena camp.  But as a gal that is pushing 5’10” I raced in my age group.  Why?  Truthfully – it wasn’t shame, I wasn’t scared of the A on my calf.  I have always been happy to tell anyone what I weigh.  I don’t freak out when a nurse weighs me in a hallway and I have never been embarrassed. I really do buy into the “your weight is just a number” thinking.

I never opted to race in the Athena class because I am competitive somewhere underneath my newbie swim cap.  I didn’t choose Athena for my very first race because I didn’t know what it meant.  And I placed in the middle of my age group.  After the race it dawned on me that I would have placed third in this all women’s newbie sprint tri if I had raced as an Athena.  So, for my next race I opted to stay in my age group for two reasons. First and foremost –  I decided that if there was a possibility to hit the podium in my first season than what would motivate me to push harder?  And second – it seemed like maybe racing Athena would be a dick move if I did it just to place.

So, I stayed in my age group.  And I hovered around the middle of the pack.  Not bad for my first season. And then the fall came and the holidays.  And then the race season was looming for 2014 and I was still too chicken to go farther but I planned to conquer my fear of open water swimming.  I had a full schedule of half marathons and sprint tris and I was excited.  And then I jumped on the scale and it said 163 – in January.

I couldn’t race as an Athena if I wanted to.  For a moment I felt elated and then I remembered that the scale is just a number and if I was to believe all the rhetoric I had been feeding myself (ha!) for the last fifteen years I shouldn’t be so excited.  So, I tried on my leather pants (the holy grail of “Holy Shit, do these fuckers still fit? that I keep in my upstairs closet) and they did! They felt good.  I could sit down even.  Sit. Down.  And breathe.

That weekend I got out of the shower and dried off and I put on my underwear and a bra and I dried my hair before I got dressed.  This might not seem all that interesting (unless you are conjuring up a mental image, dirtbag) but I stopped standing in front of a mirror in my underwear about ten years ago.  I can’t get dressed if I spend the ten minutes it takes to dry my hair criticizing my body so I just stopped looking.  I just get dressed before I stand in my bathroom.

But for some reason I didn’t hate this 163 pound body.  It didn’t really look all that different than my 175ish pound body.  But I was nicer to that girl that weighed less.  And that is fucked up.  Super fucked up. 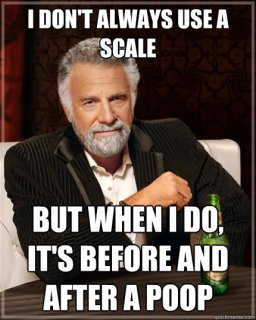 The next morning I stepped on the scale again and it was 164 and I was cranky.  The day after that 162. I compulsively weighed myself daily and then eventually it said 159.  (I might have been able to cut glass with my collar bones that day.) It was the beginning of March and I decided that I was maybe making myself insane.  I felt good.  I needed to back up and stop weighing myself like a crazy person.  I weighed myself again at the end of April.  162.

And so I stopped.  I stopped logging my food.  I stopped weighing myself.  I had a full summer of races planned and I had made it.  I felt good, really good about myself. I shamelessly wore a red bikini all summer.

And then it was fall and then it was Halloween and eventually Thanksgiving was looming.  I pulled out a pair of jeans that had fit the previous winter (the coveted size 8 jeans that had taunted me for years) and they didn’t even kind of button.  Shoved them back in my closet and tried not to think about it.  Thanksgiving weekend.  I yelled at my kids while I was trying to get dressed for church and I looked at the scale.  I just looked.  I hadn’t stepped on it in months because I was too good for it but now I was avoiding it because I was terrified.  I was already cranky with the way my clothes were fitting and having a number to attach to that feeling would just send me into a downward spiral.

So, I made a choice.  I decided to not worry about it.  I wasn’t going to let the number on a scale make me hate Christmas cookies or sweet potato pie or shitloads of Bailey’s in my coffee.  I would step on the scale in January just like everyone else and let the chips fall as they may in the interim. (The chips fell into a bowl of cheese and then right into my mouth, as you may have guessed.)

On January 2nd of this year the scale said 188.8.  Between March and December I ran 828 of the 1,015 miles I ran in 2014.  And I gained 29.4 pounds.  That’s a lot of muscle, guys.  Ha.  I did some serious damage in the month of December of the booze variety, so a good bit of that came right off as soon as I hopped on the January Sober Train.  But the rest of it? That was a direct result of being one of those people that fell face first into the big bag of chips called “I can eat whatever I want, I ran today.” Maybe add a side order of “I am almost 40 and my metabolism is in the shitter” and you have yourself a solid 25 pound weight gain.

So, what now?  I wrote 1200+ words about the number on a scale for what reason? I guess this is just some kind of weird Public Service Announcement.  I know I am not the only one with a twisted relationship with their scale.

So, what’s my plan for 2015?  A diet?  Nope, but I’m back on the logging my food wagon.  I’m back on the weigh yourself once a week wagon.  And I am registered for the Raleigh 70.3 Half Ironman.  Do I think that swimming 1.2 miles and biking 56 miles and running 13.1 miles will magically make me healthier again or feel better about myself?  Not really.  But everything I have read about endurance racing says the same thing.  You have to eat right.  I will have to learn to put the right food into this old body of mine or I will injure myself in training before I ever get to the starting line.

In 2013 I decided to become a person that exercises.  I did it.  Two years later and I really can’t imagine skipping a workout.  I guess now I have to learn how to eat right.  I really only know how to eat not much at all or whatever the fuck I want. There has to be an in between, right?  Because, diet and exercise.  This year I will learn to eat right.  And maybe next year I will learn to have a healthy relationship with an object that gives me only one small piece of information about my health, my scale.  Or maybe I will just keep trying on that same pair of jeans.

Edited to add: I know a lady doesn’t talk about her weight… but I am afraid the Lady Ship has sailed.

This entry was posted in Parenting. Bookmark the permalink.

17 responses to “So, I stepped on my scale after an 8 month hiatus.”