January 13th is a Friday this year, as I am sure you are well aware.  For some this is a day filled with superstition.  Friday or not, I can’t help but grin from ear to ear on January 13th each year. 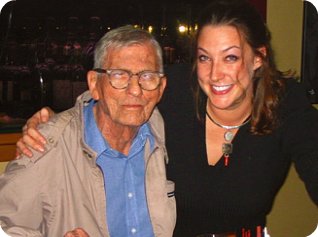 In January of 2005 babies were the furthest thing from my mind.  In fact I spent the better part of at least three or four nights a week with two older gentleman.  One had been around at least a couple hundred years the other was in his early 80s.  Jim Beam.  And Ralph.  I was tending bar in the evenings and working at The Outer Banks Hospital in the dietary office during the day.  Ralph was my favorite customer both places.  Jim Beam was his drink of choice.  My days were fulfilling and my nights were long and hazy but I had youth on my side and managed to pull it off.

I hadn’t been trying to get pregnant… but I wasn’t doing anything to prevent it.  I’d been married for several  years and I was 29 years old.  It would happen when it was time.

On January 13th I woke up a little before five am, as was my norm.  And I peed on a stick.  Not a usual occurrence.  Positive.  I woke up Jeremy, he said not to tell anyone.  That we needed to be sure.  We’d wait a little while, we’d test again.

And I went to to work.

It was shortly after 9 am when I caved.  I burst in to my boss’ office, closed the door and told my secret.  Even though it wasn’t totally necessary to do so I had the luxury of a blood test at my disposal and by 10:30 that morning I had called my husband and my parents and spilled the beans.  I was pregnant.

I spoke not long ago of the day I stopped being afraid.    But not until now do I feel comfortable mentioning exactly why that is.

We had an amazing time on our honeymoon.  We enjoyed each other’s company and did all the things that two adults that rarely get much time alone with one another do.  We drank too much.  We stayed up too late.  We ate dessert before we had lunch and  then we ate some more.

And we napped.  I never nap.  I can kill some time reclining in a beach chair with the best of them.  I might even close my eyes.  But not since Em was teeny have I napped.  And nap I did.

And we came home from our honeymoon and there was much to do (not AS much as I’d anticipated, thank you very much Cleaning & Organizing Fairy, cough*Nick*cough) Gifts to be put away.  Laundry to be done.  And still, I napped.  The time between getting home from work and putting Emily to bed seemed to last forever.

I knew why.  It had to be.  My period was days late.  And the first stick said yes.  And so did the second.  And so did the third.  And suddenly I was not afraid that I’d never get pregnant.  Just like that. It was still too soon to get too excited… but in my heart of hearts I already knew.   Looks like my  luck had turned  around.

Posted in Family, Parenting, This Book Will Change Your Life