Do you believe in Magic?

We had tickets for the 7 o’clock train at the museum.  Through the woods we would ride, woods filled with magical twinkling lights.   We would drink hot cocoa and use candy canes as swizzle sticks. We would make a Christmas ornament while we waited.  We were going to see Santa. 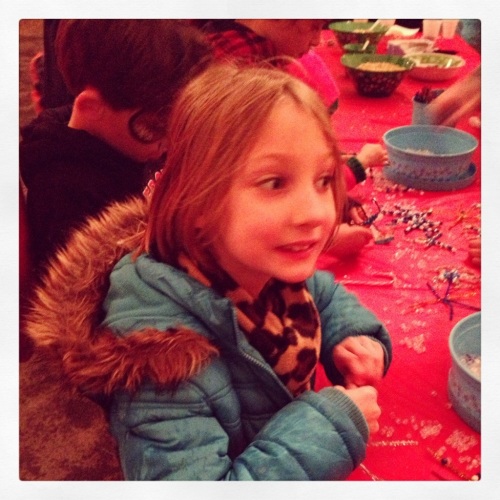 Emily was rolling her eyes and giving me attitude.  Lucy was screaming bloody murder because she was going to be forced to wear a hat.  Dad was grumbling and trying to get us out the door.  I was stifling the desire to shout out “Ho ho ho! Merry Christmas” every few minutes.  It was pouring down rain. 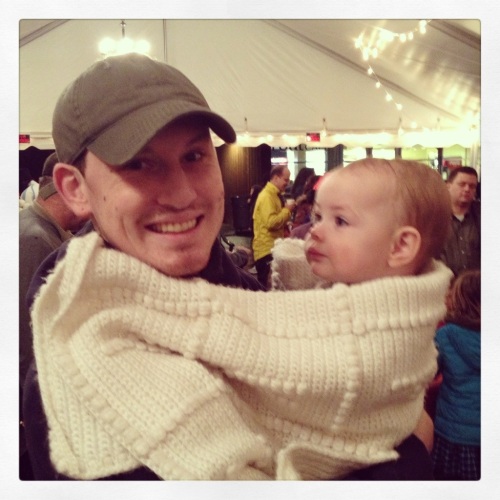 But at least we would get a picture with Santa. Right? Through the lens of the camera we woud forget all about the rolled eyes and the tears.  Baby’s First Christmas would be perfect. 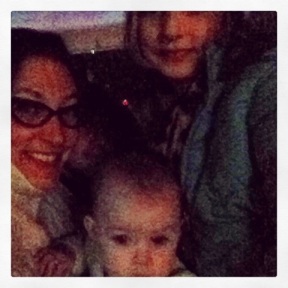 We were boarding the train when the Conductor said “Santa is on the right, m’aam” and he winked.  Oh.  Okay.  I’ll put Emily on the right side of our bench seat so that she would get a better look.

When we rounded the corner and I saw Santa standing near his sleigh with an oversized elf and an umbrella I realized we weren’t getting off of the train.  Santa would stop at each bench and ask each child a thing or two, they would chat.  “Is there anything special you’d like this year? How about something for your little sister? I’ll see you next year, dear!”

There would be no picture.

The Mom in me started to panic. Well, I will take the kids to the mall.  Tomorrow.  I’d get a picture.  It will be fine.  I frantically tried to snap family pictures with my phone in the dark.  With flash.  Without flash.  It didn’t seem to matter.  We were blurry.  There would be no picture with Santa.

And then I saw him.  He had ornate brocade around his coat.  His beard was soft and long.  His glasses were bifocals. I don’t think he had his suit stuffed with a pillow. I couldn’t tell if his boots were real or those pleather boot shaped shoe coverings popular with mall Santas.    I don’t know. I didn’t get a chance to look him over carefully for an hour as we waited in line.  He was there right next to us for a moment. And then he was gone.  “Well, hello, there,” he said.  “Merry Christmas.”

He talked to the kids for a minute and then he moved to the next row.  True to form, I was misty eyed.  Ever my mini-me Emily looked to me and said “This might be my first Christmas crying when I see Santa!” I laughed and decided not to tell her right then that it most certainly was not.

As the train pulled away from Santa and headed through the tunnel we were all smiles.  The tunnel shone, the christmas lights that adorned the train reflecting on the tunnel’s interior.  We looped back around and drove by Santa once more on our way back to the station.  The children waved and I reached for my phone.  Maybe I could get a picture of just Santa.  That would suffice. 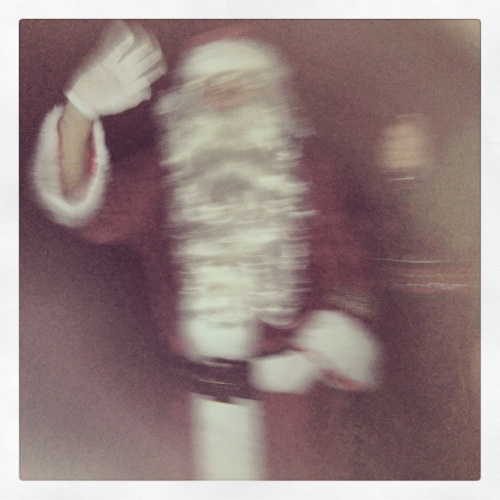 I showed the picture to MQD as soon as I snapped it.  I was laughing.  “It’s the best picture of the night!” he said.  And in unison we both shouted “He’s like Bigfoot!”

I love our blurry picture of Santa.  I love that we did not get a posed picture at the mall.  I love that Em can’t scrutinize the picture later, examining the image, searching for any indication that maybe it wasn’t really Santa after all.

Because for one more year, at least one, my big girl believes in Magic.  I hope you all have a groovy holiday.

Do you believe in magic in a young girl’s heart
How the music can free her, whenever it starts
And it’s magic, if the music is groovy
It makes you feel happy like an old-time movie
I’ll tell you about the magic, and it’ll free your soul
But it’s like trying to tell a stranger ’bout rock and roll… ~ The Lovin’ Spoonful

The Man in the Red Suit

So I am veering from my original course just a bit.  Not every post this month was about an ornament, but it was about Christmas, at least tangentially.

And you can’t talk about Christmas without mentioning the man in the red suit.  And if you happen to live in Bardstown, Kentucky (Bourbon Capital of the World!) then Santa Claus looks an awful lot like this. 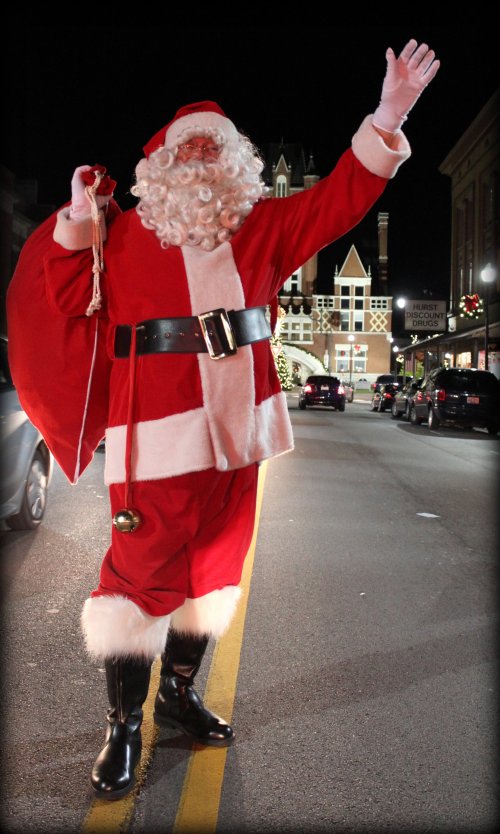 And if you don’t happen to live in Kentucky and he still looks familiar… it’s because Santa Claus also happens to look an awful lot like this guy. 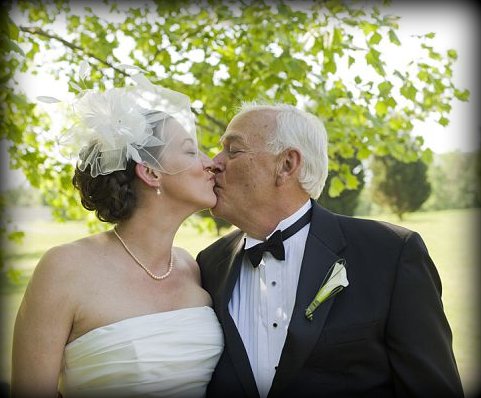 Merry Christmas, Dad.  You taught me that it IS next to impossible to keep a secret where a good gift is concerned.  So I blame you completely for my being a last minute shopper. I can keep a secret for a few days.  But if I bought Christmas gifts in November there’d be no stopping my mouth.

You taught me to pick up the trash as we unwrap presents.  Even though as a kid I thought this was absurd, the trash patrol mid Christmas morning unwrapping, as a parent I do it.  I can’t help it.

You taught me that it is perfectly okay to trick your kid on Christmas morning.  I will never forget the Christmas morning that I thought I really didn’t get a bicycle.  Because you left it in the laundry room until we were all done opening presents.  I never had to ask whose idea it was to do that to me.  Your cackling gave you away.

You are the biggest kid I know.  And I love that you spend December in a big red suit making Christmas for the children in Bardstown.