Do moms bromance? Is that a thing?

Being an extroverted introvert makes some things difficult.  One of those things that is tricky is busting in on a group of people that are already established.  They have a rhythm and a routine.  I am kind of a big personality (shut up, I know that is an understatement.) And finding my place in a group of personalities that already have a vibe is delicate.  I don’t really know how to take a back seat. 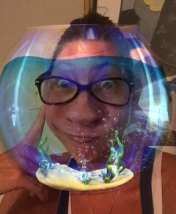 But the back seat is exactly where you sit when you are the new kid that joins a group of people that regularly share a swim lane.  Treading water next to the lane line while you wait for your spot to grab the wall and try to think of something clever to say in the ten seconds you have before the next swim set starts is exhausting.  Never mind the swimming part.  I always feel like a 12-year-old kid in the back seat of a car.  I can kind of hear the conversation but the windows are down and the infinitely cooler teenage driver and their counterpart in the front seat are smiling and laughing and I am nodding along and treading water and trying to not look clueless.

5:30 a.m. Master’s swim practice is a strange animal. It’s not the retired folks from mid-morning or the work from home people from lunchtime. Both of those groups are happy to chat it up poolside.  These people are getting in and out and getting on with their lives.  They’re busy people or so it seems.  And nobody is particularly chatty when it is still practically the middle of the night.  So how do you get to know them?  How do you find a rapport?

You keep showing up.  Therein lies the problem.  I can think of a zillion reasons not to get up before five in the morning.  Add in a little social anxiety and I can convince myself to bail on practice.  Easy peasy.

But on Wednesday there was this lady that made me laugh.  Hard.  She said “I’m going to make an art film called Sounds From the Pool” as we were all gasping for breath in the cold water.  Later in the practice as the gasping had to turned to heavy breathing I said “If you started the film just with sounds – snapping of the swim cap, gasping and then creepy, heavy breathing – it would totally sound like a dirty movie.  Condoms and then hot and heavy humping…” She didn’t miss a beat, guys.  She immediately grabbed onto my ridiculousness.  She was my people.

This morning I considered sleeping through practice.  But I kinda sorta wanted to see her again.  She was funny.  At 5:30 in the morning.  She’s a rare breed. 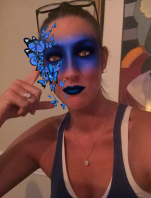 I make friends the way drunk girls in bathrooms make friends.  I like to go from “Hi, my name is…” to “OHMYGODYOUAREMYBESTFRIENDEVER” in about four minutes.  It doesn’t always work out well.  I am trying to play it cool.  I am.

But when I saw her this morning and she made me laugh again before I even had my goggles on – well, I was smitten.  While swimming this morning I was thinking about how stressful it must have been to have been a swimmer in high school.  Imagine sharing a lane with someone you are crushing on.  You’d spend the 200 yards you were swimming thinking of something clever to say in the ten seconds you might share at the wall.  And then when you said it there would be a 50% chance that it went unheard.  So if nobody laughs did they not hear you?  Do you try and say it again? Or would you then become that weird girl that repeats herself and thinks she is funny? (Again, shut up.  I know that is self-referential.)

This morning as we were climbing out of the pool and laughing I decided to just go out on a limb and ask “do you stay home with your kids?” There’s a certain camaraderie among people who might not talk to anyone else all day that is not biologically related to them.  Maybe it is a momentary “holyshitwebettermakethiscount” kind of feeling but whatever it is – she had it, I knew it.

We joked about how it is hard to MomFriend someone at swim practice when you only have ten seconds at a time to get your funny on.  I mentioned that I write stand up routines in my head while I swim/bike/run and sadly the only people who ever hear them are my peeps at the grocery store.

And it took everything in my power to not crumble to the floor at her feet on the pool deck.  Only moments earlier she said something to the effect of  “that’s a sleeper that will make me laugh again and again all day” and I could feel myself stand up a little taller.  We’ve only just met.  She thinks I am funny.  That’s my in, y’all.  (Granted, my ten second schpiel on how sprinting breaststroke is like fast walking was pretty damn funny.) I know I get myself into trouble when I dive in prematurely – but I think I am making a new friend. 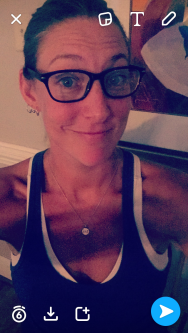 So.  Both kids will be back in school next week.  I will once again have that “what do I do now?” feeling.

Maybe I will write some stand up, huh?  Take this show on the road.  And by on the road I mean to the Harris Teeter.

And it’s not like I need to find things to do.  There’s new SnapChat filters on the daily, y’all.

3 responses to “Do moms bromance? Is that a thing?”